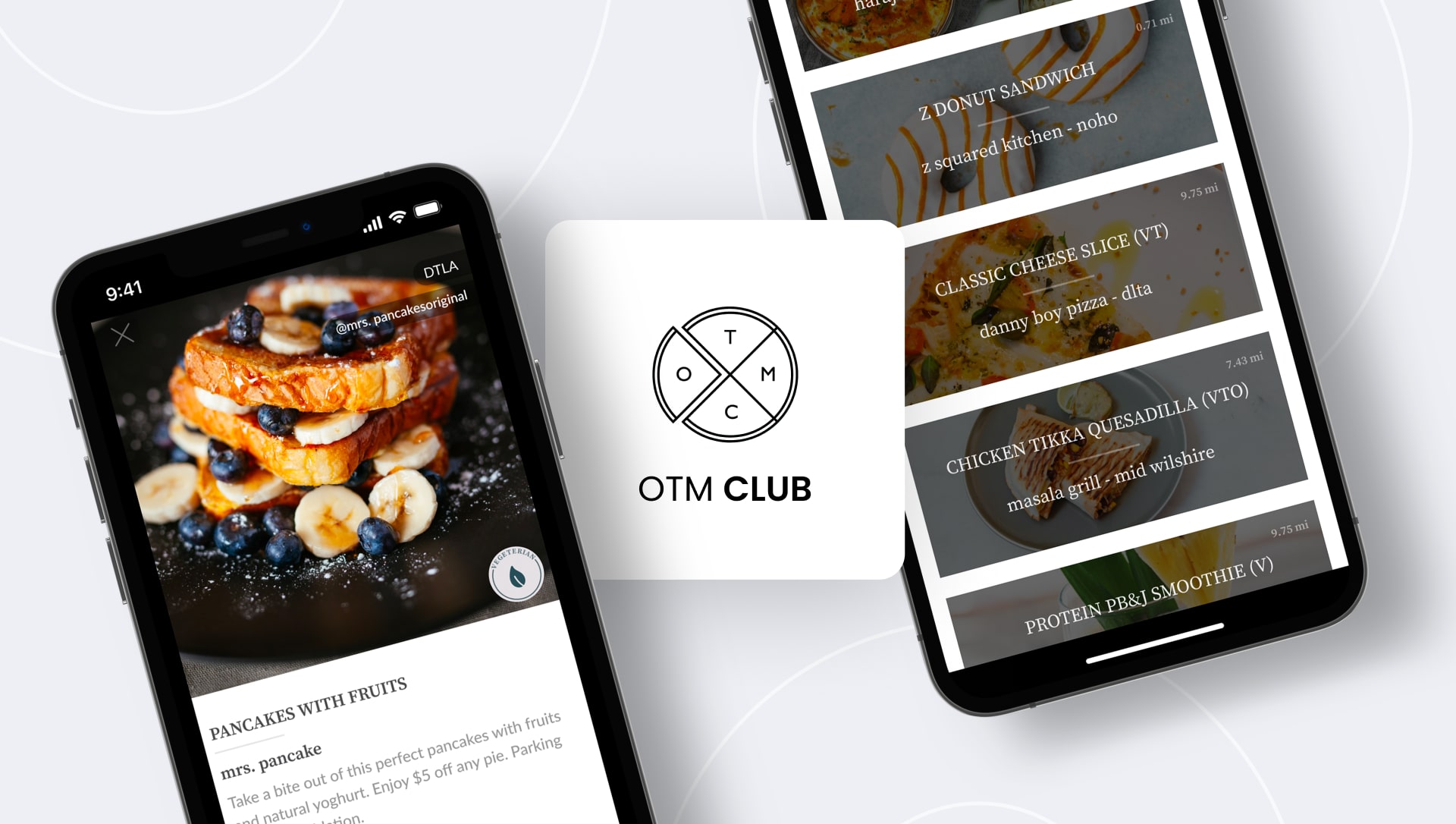 Off The Menu is a Los Angeles startup that uses a mobile app to promote the discovery of secret menu items from restaurants, bars, and cafes across North America. Currently, they are the definitive source for authentic secret menu items. OTM is one of the preeminent social media marketing platforms and restaurant discovery apps in the restaurant industry. 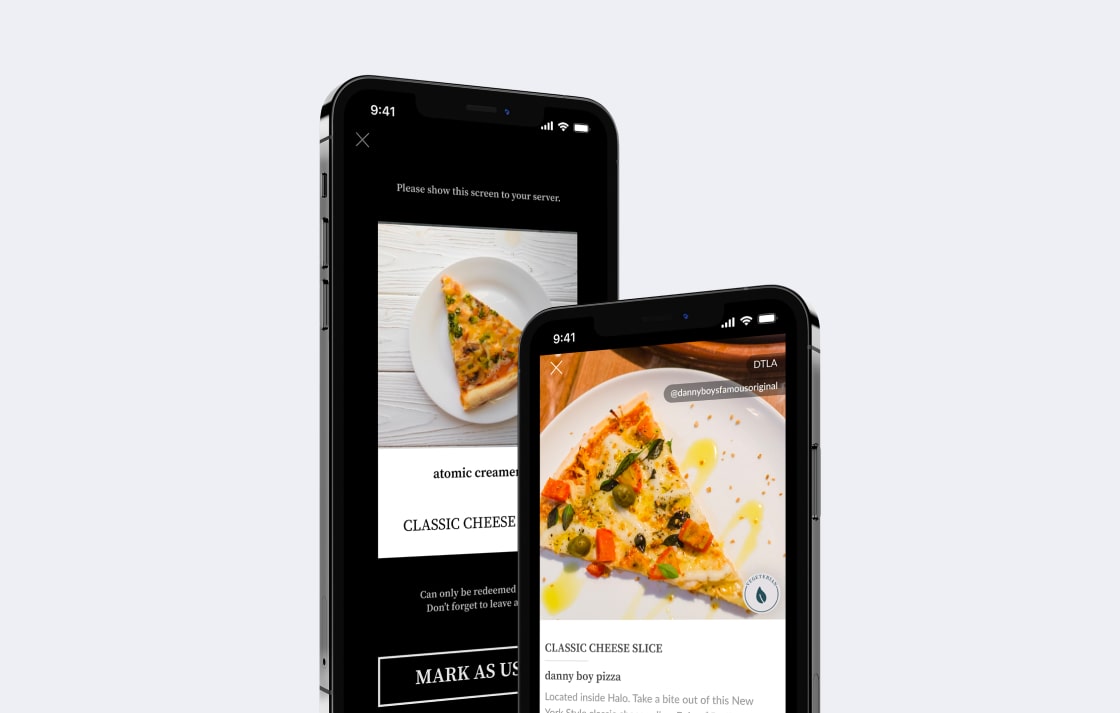 Off The Menu had been using an off-the-shelf, "DIY" app builder called DWNLD, which they were paying for. As they grew, the off-the-shelf solution started to give them more and more problems as it wasn't as flexible as their business changed.

One of the main problems they discovered using DWLND was that they did not have their own proprietary environment for database and analytics. They basically didn't have control over their data and weren't able to export it from the service. OTM was also restricted in what they could do with their app's layout, which put limits on the amount of branding and design they could add to their app template. 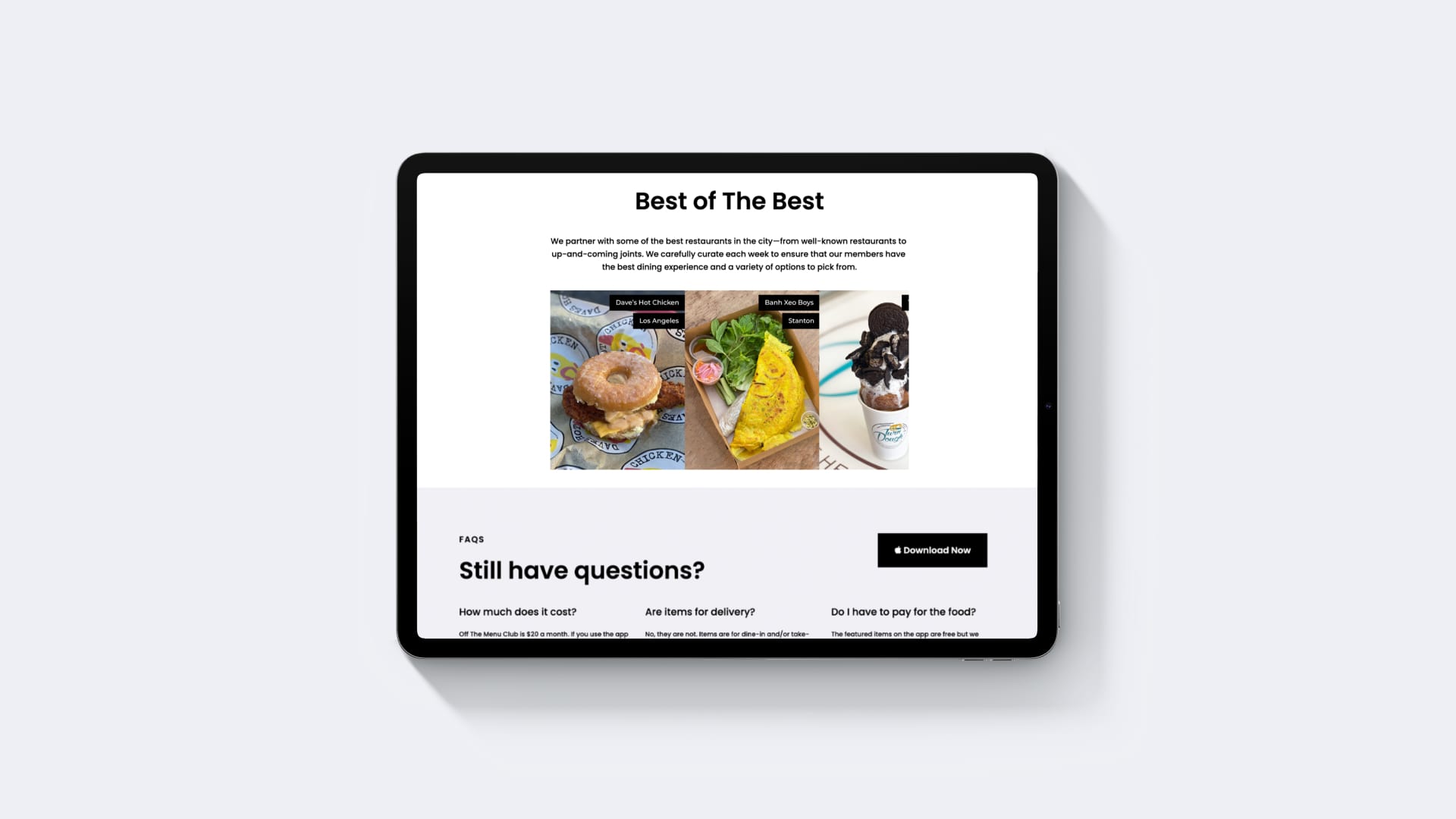 OTM approached Spiral Scout after one of their investors recommended our team from a previous successful project we worked on together. We listened to their business goals and disappointment with the current setup and developed a plan to move them off their current platform. Once OTM decided to work with our team exclusively, we became their full-stack mobile app development team. 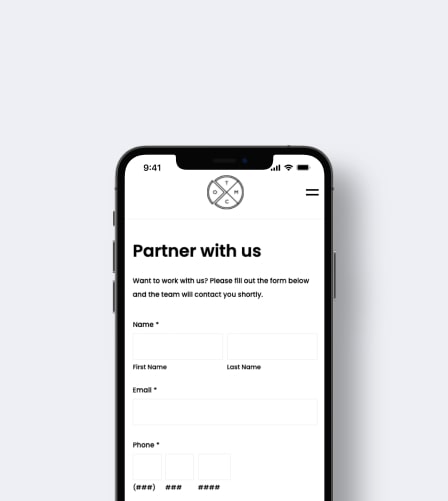 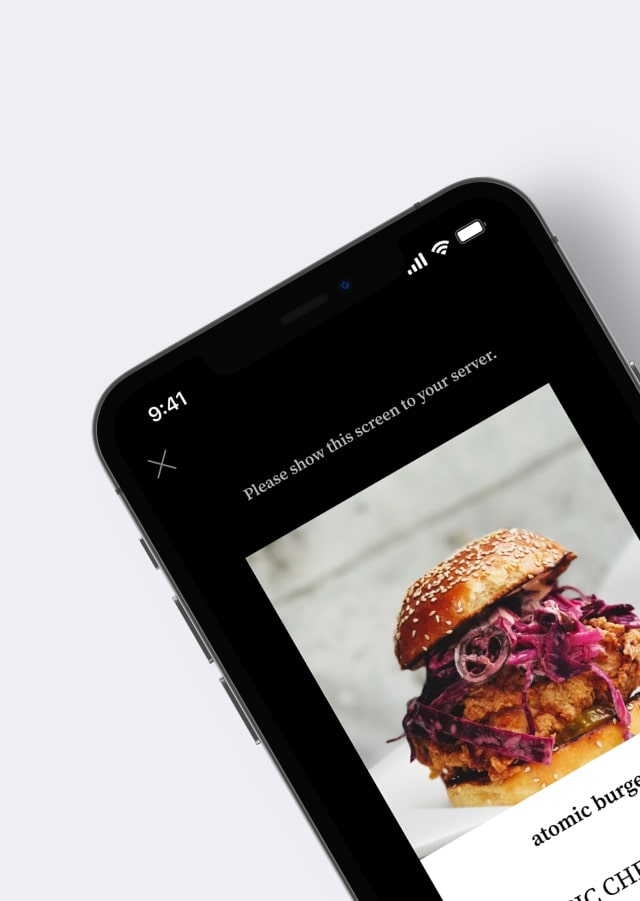 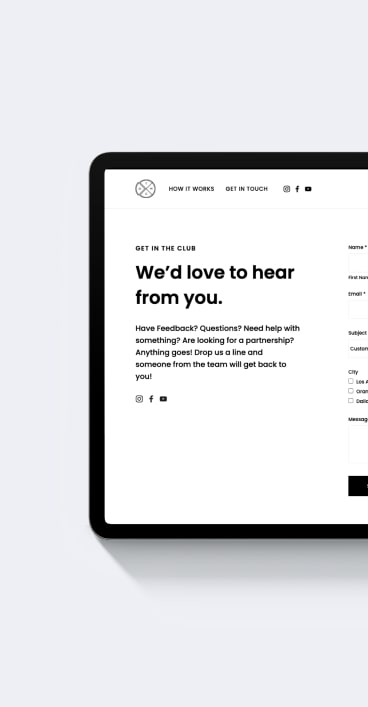 The first issue we had to tackle was how to seamlessly move them off their current platform, migrate over as much of their data as possible and create a custom iOS app and admin dashboard to replace it. We worked closely with OTM's head of product who would help spec out requirements and then share them with our team.

Working with OTM has been a great experience. We helped their team with creating new designs, completing the actual development of their entire platform, and defining the type of robust reporting and analytics they wanted to track. We were responsible for all front-end, back-end, quality assurance testing services, DevOps, and project management work on the project. 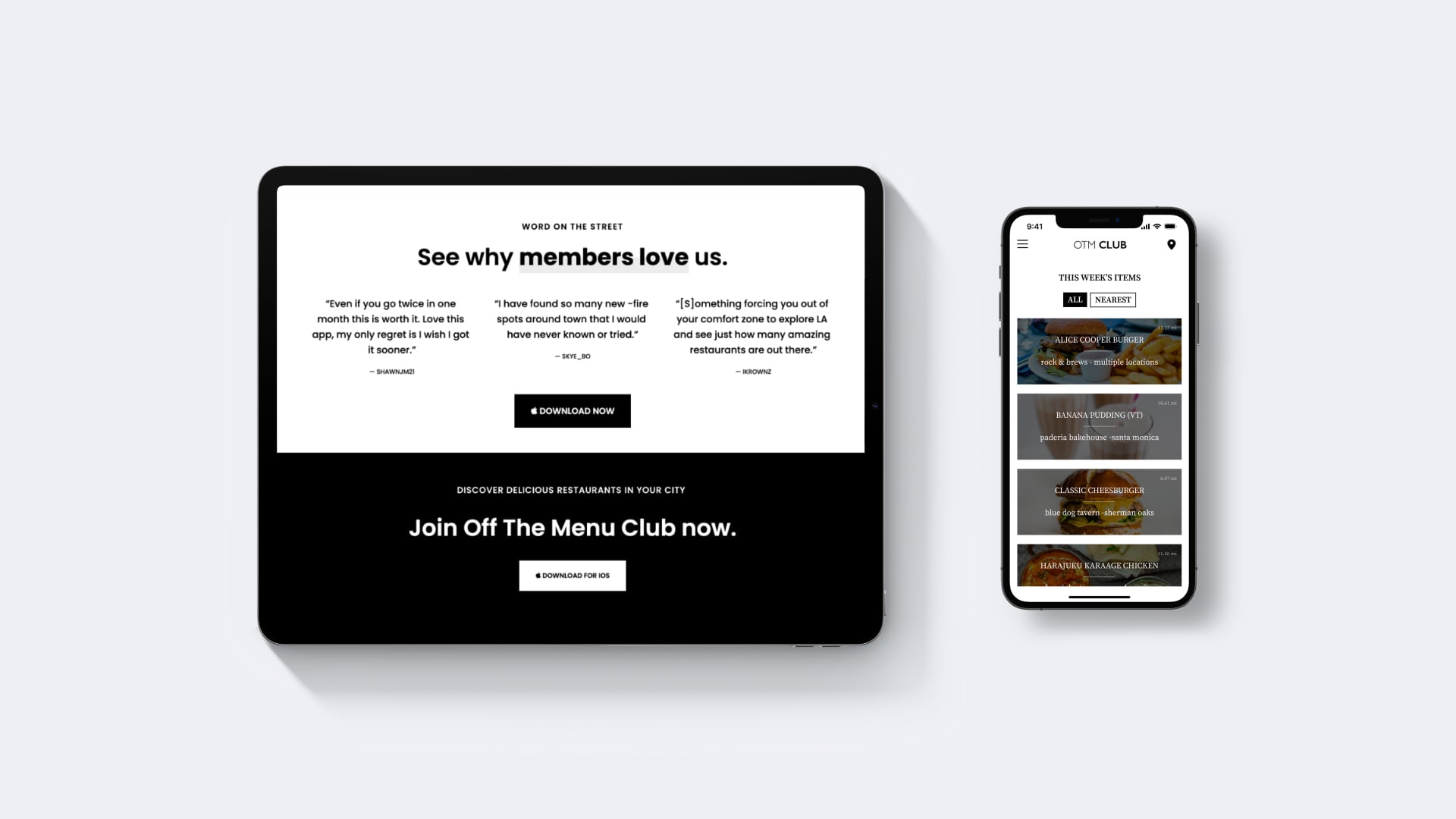 OTM now had a user-friendly app that allowed restaurants to share exclusive secret menu items with the audience of the app. Think of it as a Yelp for items that are not on a restaurant&#39;s menu but are available to those that know about the app. Users could search and browse by the restaurant, click on a listing, see a special menu item and then order an Uber right from the app to take them to the restaurant to try the secret menu item. 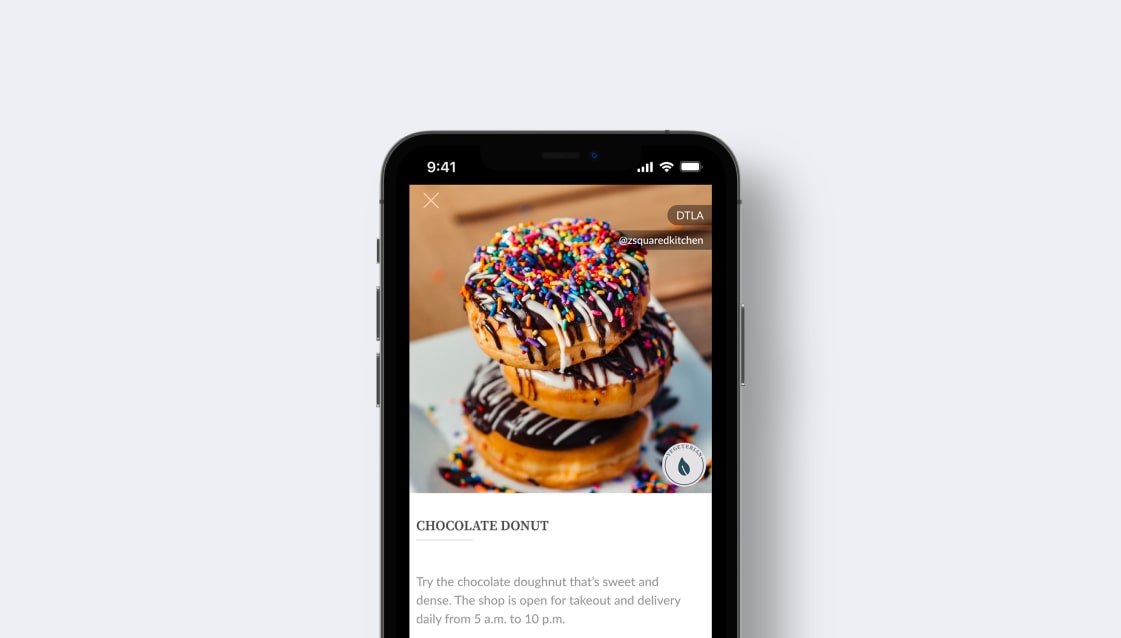 “Whenever we shared ideas with their team, Spiral Scout would always come back with the simplest way to develop the idea, get customer feedback and keep things cost-effective. Our app is in a really good state because of the work with Spiral Scout. “

At Spiral Scout, we believe that when it comes to software development and delivery, it’s time for a change.